Ad blocker detected: Our website is made possible by displaying online advertisements to our visitors. Please consider supporting us by disabling your ad blocker on our website.

A forum in English language. Post here if you are not familiar with Italian language.

Ursamajor wrote:
Hi Prof. Spira,
may I ask you if you write some experiences of your ehret's way of life, of your friends, transition diet, successful obtainings, thoughts lo live by, something inspiring for us beginners in this path.
Thanks

I was addicted to food. A lot of it. In fact a normal meal could consist of two chili cheese footlong coneys, five root beers, popcorn and a cheese burger at our neighborhood Root Beer Stand http://www.therootbeerstand.com/Photo_Gallery.htm. Unfortunately, I was in a social setting and cultural landscape that gave me status for my big stature indulgent lifestyle. I played American football and was a 250 pound offensive linemen for the Princeton Vikings http://www.phs.princeton.k12.oh.us/Spor ... ndex3.html. I loved the feeling of running onto the field while the crowd exploded with sounds of drunken joy, then legally running people over during the game. My other love was music. I had played the trombone since 5th grade and was fascinated with jazz. When it was time for college, I decided that wanted to pursue my spiritual love of music and went the College-Conservatory of Music to study jazz http://www.ccm.uc.edu/about/corbett.aspx.

When I began school I thought that I was on the right track. I was an A student in one of the top music schools in the country, experiencing the legal and illegal fun of American college life while eating and drinking as much as I could take in. But this excessive lifestyle came with a cost, and I suffered from many ailments. I had chronic migraine headaches, arthritis, allergies, and yearly bouts of bronchitis. As a result of college I now weighed over 280 pounds. By age 19 I felt as if I had no control over my health and I would joke with friends that I will probably have my first stroke by age 26. Up to this point I had been exposed to many of the popular dietary fads and had investigated a few of them. However, I was not really interested in health, but I wanted to loose weight. Since I did not see any diet that made sense to me I decided to just over indulge in food and die whenever it was time for me to go.

On Sunday nights I would go to Sonny’s jazz jam session and sit in with my trombone. Sonny’s was one of those bars where the older black folks congregated to drink and socialize. The old men would show off their brand new 1967 leisure suits, while the old women would get wasted and try to offer me drinks saying, “you so fine baby!” One Sunday I met an interesting jazz drummer named Willie Smart. After seeing him around Cincinnati at other local jazz spots he began to talk with me about health and diet. Willie dismissed the principles of Western dietetic theory and asserted that the only true road to health was through Prof. Arnold Ehret’s “Mucusless Diet Healing System.” Willie said that he was over 40 years old and had practiced the diet for over 20 years. One evening my friend and saxophonist Ryan Wells and I were sitting in at Chez Nora in Northern Kentucky http://www.cheznora.com/ along with Willie. At the intermission Ryan and I hit the free buffet and filled our plates with chicken wings and other delectables. As we sat and ate Willie began to speak very clearly about the Mucusless Diet. As the conversation progressed we ate slower and eventually quit. By the end of the conversation we had both decided that we would buy the Mucusless Diet Healing System and check it out. One bit of information that had really caught my attention during our discussion was Willie’s claim to have eaten nothing but fruit for an entire year. The idea and possibility of humans eating nothing but fruit made sense to me.

After reading the Mucusless Diet and Rational Fasting my whole concept of life was being transformed. The information seemed so simple, yet it challenged every assumption that I had about sickness and how the human body functions. For days I sat and let questions flow through my brain: “could this information really lead to the fountain of youth? Is the fundamental cause for aging and death mucus? Is disease and sickness a self-induced thing? Did Willie Smart really survive on nothing but fruit for a year? Are the lungs really the pump and heart the valve? If man is suppose to eat fruit why did we start eating dead animals? Is eating protein rich foods really unnecessary? And what is so important about the fifth chapter? What is meant by the body being an air-gas engine and why did I have to read this chapter about five times?”

One cool autumn day I sat alone in a Memorial Hall http://www.ccm.uc.edu/about/memorial.aspx musical practice room with my silver trombone, dressed in a pair of brown sueded-oxford pants and a yellow short-sleeve silk button up shirt—all from Bachrach where I had been a sales representative. I sighed. On the wall stood a big mirror with a pattern of cracks in the bottom right hand corner, possibly left by the angry hand of some hopeless music student before their board examination. I gazed at 280 pounds of swollen anguish wrapped in fine fabrics. At that moment my life blazed before my eyes. I thought about the instances when I had been ridiculed for being fat. I remembered the indescribable pain of seeing my grandmother and mother pass away due to chronic illness. I tried to imagine how many thousands of tissues had rubbed my sore, scabbed nose over the years. I remembered how unfulfilled I felt when I smoked or drank. I thought about the suffering of humanity. Is eating solely to blame for the ills of humankind? This was followed by a vision of the future. A future when all people return to superior health. An era when there is no time because there is no eating. An era when concepts of pain, suffering, and death are remembered only through ancient tales and legends. It was at that moment that I became filled with the unrelenting determination to do all in my power to transform myself and the World through the information I had been given. I realized that I had received a rare and precious gift. I know that I now possessed profound information that has the potential to transform the Universe. I then wiped a tear from my right eye and vowed to dedicate my life to pursuing superior health through the practice of “The Mucusless Diet Healing System.” 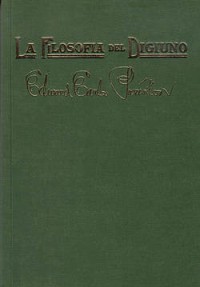 One of my greatest inspirations has been Michael Jackson. His music and artistry left a strong impression on me at a very young age, and he is the reason that I am a musician today. It is possible that if I had not pursued the discipline of music, I may have never been exposed to Arnold Ehret and the Mucusless Diet Healing System. When I was in the fourth grade I danced to his "Billie Jean" in my school talent show.

This is my tribute to Michael Jackson: http://www.youtube.com/watch?v=vieGBVrNKyw
Top

Beautiful story Spira!
I have read the beautiful Ehret book in my search for superior health of body connected to the superiority of soul to the mind and the mind to the body.
Because I follow the kriya yoga discipline of Paramahansa Yogananda, about 20 years ago I become vegetarian and I do not care very much of my body and the diet to follow, a part of not eating meat products. Some fasting once in a while, but eat much pasta, whole bread, eggs and chees..
Then in my research of the truth not tell by media in internet I first encounter the orthomolecular medicine of L. Pauling with the assumpion of megadosi of vitamins (ascorbic acid in primis...), after 2 years I naturally encounter in the forum an ehretist who suggested my to try to fitness my body muscles with only fruit.
I have a scientific approach to reality so I wanted to experimentate on me his suggestion at once. So I read all this beautiful forum and buy the Ehret books and started the transition immediately.
About 2 years of body empowered by new force, new vitality permeate my beings. Also my meditations and exercises are improved. Much more than assuming the vitamins!
Then I start to do lemon aenemas as you suggested. Very liberating!
Now I start to try fruits only diet, because I don't like any more the vegetables..and to me they are a little difficult to digest and eliminate.
But I have to do all gradually because after some days I tend to overeat the wrong foods and feel very bad.
Every time I do wrong I try to correct myself. It is a difficult way!
But, as my Master sayd, "..a saint is a sinner who never give up.."
"La nostra immaginazione è il solo limite che ci separa da quello che saremo in grado di ottenere in futuro"
"Get out of cooked food as soon as possible…why ? Because your whole life depend on it!" - Genesis Sunfire
Top

Hi Spira,
I was waiting for your story to be continued, from many months now...I think other guys in this forum wish to listen other inspiring story from the Cincinnati boys...
Hope to listen you soon!

Aldo
"La nostra immaginazione è il solo limite che ci separa da quello che saremo in grado di ottenere in futuro"
"Get out of cooked food as soon as possible…why ? Because your whole life depend on it!" - Genesis Sunfire
Top

I did not mean to leave you hanging! As you already know, I have included a revised version of my story from above on my new blog at: http://www.arnoldehret.us/blog/profound-transition/. I will finally be continuing the tale in some of my new posts. Also, I started to create video taped testimonies on my Youtube show Spira Speaks:

I am very inspired to read about your progress over the past couple of years! Keep up the wonderful work!